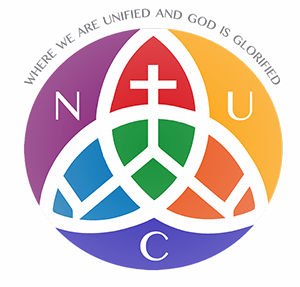 Bishop Victor T. Woods was born to Elder William H. Woods, Jr. and Evangelist Deloris A. Woods on April 9, 1975 in Indianapolis, Indiana.  He is the youngest of four sisters and one brother.  He gave his life to Christ at the age of 8 years old at Unity Fellowship Missionary Baptist Church in Indianapolis and received the baptism of the Holy Ghost at age 12.  Subsequently, he was called into the ministry in late 1993.  In April of 1994, at the age of 18, he preached his first sermon at Unity Fellowship Missionary Baptist Church.  To further his theological education, in 1995 Bishop Woods enrolled at Crossroads Bible College, formerly known as Baptist Bible College of Indianapolis, Indiana.  Eventually, in 1998 he became a member and an associate minister at New Haven Missionary Baptist Church in Indianapolis, where he served for five years under the pastorship/leadership of the beloved Pastor Raymond F. Hiser.  During that time, the Holy Spirit was leading Bishop Woods to found a church.  In June 2003, Pastor Hiser gave his love and blessings releasing him to start his own ministry. Therefore, in August 2003 he became the proud Founder/Sr. Pastor of New Unity Church in Indianapolis, Indiana.

In addition to pastoring, in the year 2012 he started serving on the Board of Directors for the Community Resurrection Partnership Organization (CRP) of the Martindale-Brightwood area in Indianapolis; an organization of church/community leaders developed to address the many spiritual, economic and social issues of the local community.  Also in the month of October, 2012, he was elevated in the Lord’s church in the calling to the office of General Overseer of Finance for the Sharpening Swords Fellowship (SSF), where the Presiding Bishop is Bishop Larry D. Grinstead. Fellowship headquarters is located in Indianapolis, Indiana.  With all that God had done, he saw that there was another mandate on Bishop Woods’ life.  With that mandate, in June 2015, he became the Diocesan Bishop of the Indianapolis Diocese of Antioch Network Of Churches And Ministries, Bishop Tavis L. Grant II, Presiding Bishop.  Location of National Headquarters is Indianapolis, Indiana and Global Headquarters is East Chicago, Indiana.

Bishop Victor T. Woods is truly a servant of the Most High God, who loves God’s people and empowers them to live the life God is calling for.  He is an anointed, spirit-led, visionary leader. Moreover, after years of pastoring, he continues to show the people how to move from a church mentality to a kingdom mentality, desiring New Unity Church to continue increasing and walking in abundant blessings.